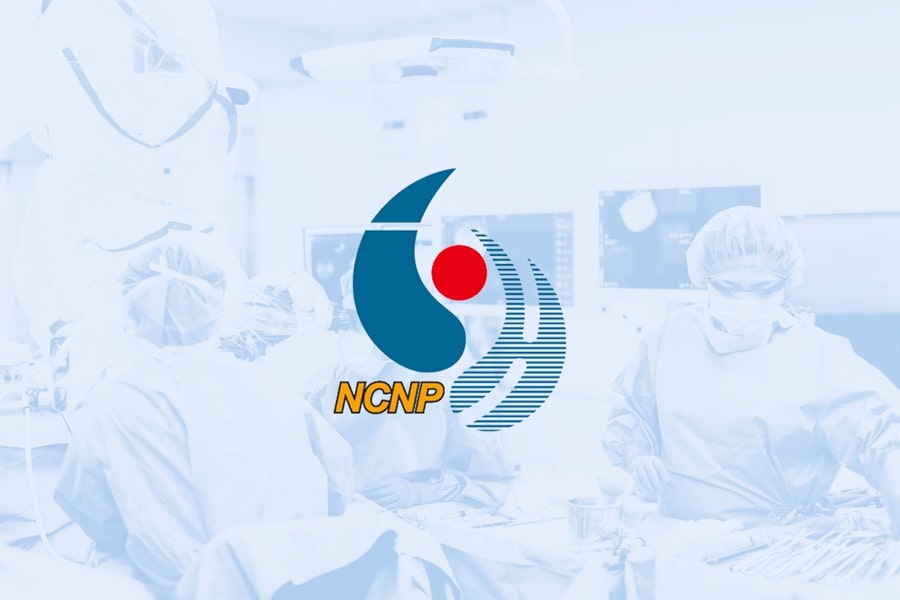 A global research team has completed the double-blind period of a phase III study for Satralizumab, a humanized anti-IL-6 receptor antibody, in neuromyelitis optica spectrum disorder (NMOSD). Satralizumab added to baseline immunosuppressant therapy significantly reduced risk of relapse in patients with NMOSD, which is an autoimmune disease characterized by recurrent occurrence of optic neuritis and myelitis. While the pathogenic role of IL-6 in NMOSD was previously proposed by NCNP researchers in independent studies, this global study sponsored by Chugai Pharmaceutical Co., Ltd. has further given evidence for the IL-6-driven pathogenesis in NMOSD and opened the way to IL-6 targeting therapy. The paper has been published in the New England Journal of Medicine (URL: https://www.nejm.org/doi/full/10.1056/NEJMoa1901747). Dr. Takashi Yamamura from National Institute of Neuroscience (NCN), NCNP* contributed to this study as a lead author and a principal investigator.

Patients with neuromyelitis optica spectrum disorder (NMOSD) suffer from loss of vision, motor weakness, sensory disturbances and neuropathic pain, which are caused by optic neuritis and myelitis. This disease, now recognized as an autoimmune disorder, takes a relapsing course. As each relapse may result in persistent neurological signs, prevention of relapses is essential for controlling this disease. Although corticosteroid and immunosuppressive drugs or plasma exchange are currently being used in practice, the quality of life is severely impaired in many patients, due to limited effects of the available treatments.

Distinction between NMOSD and multiple sclerosis (MS) has been established after researchers found that anti-aquaporin 4 autoantibody (AQP4 Ab) are significantly elevated in NMOSD. In the AQP4 Ab-positive patients, there are substantial evidence for the pathogenic role of AQP4 Ab. The pathogenesis of AQP4 Ab-negative NMOSD is relatively poorly understood, as compared with AQP4 Ab-positive NMOSD.

Since 2009, a research team in NCNP headed by Dr. Takashi Yamamura has been exploring the possible therapeutic targets in NMOSD, which led them to suspect that IL-6 and IL-6 receptor signaling could be one that deserves intensive study1)-2). Actually, they have discovered that an AQP4 Ab-producing B cell population, called plasmablasts, is increased in the peripheral blood of patients with NMOSD. Assuming that the plasmablasts may play a pivotal role in the pathogenesis of NMOSD, they seek for a way to suppress the pathogenic activity of the cells. They found that growth of the cells are dependent on a cytokine IL-6, which is known to be critical in an autoimmune disease rheumatoid arthritis (RA), leading to a hypothesis that IL-6 could be a main driver for progression of NMOSD. They also confirmed that a drug inhibitory for IL-6 signaling would inhibit the survival of the plasmablasts in vitro. Subsequently, they have launched a small pilot study as an investigator-initiated open-labeled clinical study to test the safety and efficacy of an IL-6 receptor targeting therapy in the NCNP Hospital since 2012 3)4). The results of this independent study published in the prestigious journal “Neurology” in 2014 were consistent with their hypothesis that IL-6 is vital in the pathogenesis of NMOSD4).

In the SAkuraSky study published in NEJM, Chugai Pharmaceutical CO., Ltd., sponsored a global study to evaluate the efficacy of Satralizumab, a humanized anti-IL-6 receptor Ab, in patients with NMOSD. The results showed that Satralizumab added to baseline immunosuppressant therapy significantly reduced risk of relapse in the patients, including both AQP4 Ab-positive and negative patients. No serious adverse events were noted during the observation periods.

Dr. Yamamura says, “Although we have to admit the limitations of this study, I could safely comment that we have formally and finally proved the pathogenic role of IL-6 in NMOSD after completion of this well-designed clinical trial.”

We thank the great contribution of people who were engaged in this clinical trial, and the patients and their family who understand the importance of the clinical study.